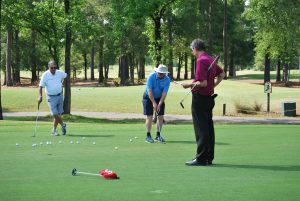 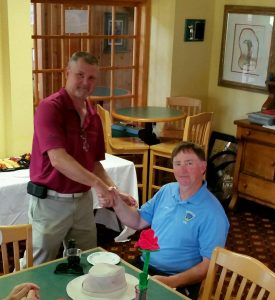 Daryl Steen outscored the competition to win the first Meadowlands Putting Skills Challenge.  Shooting from a distance of three feet, six feet, nine feet, 12 feet and 15 feet, he scored a total of ten points.  Terry Cox came in second at nine points.  Other competitors scored from six to eight points.

The friendly competition, held this afternoon,  was the most recent event marking the 20th anniversary of Meadowlands Golf Club.

Additional events are planned throughout the year.  When feasible, the event will be on the 20th of the month.  Stay tuned for more information on all evens for the remainder of the year.  If you have a skills challenge or social event you would like to have incorporated into the lineup, let us know in the pro shop at either course. 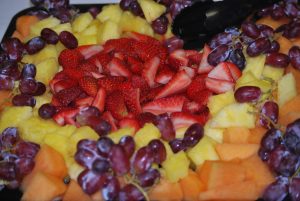 Fresh fruit, cheeses and more for the competitors. 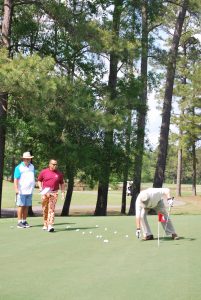 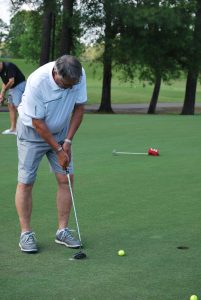 Dick Carter lines up his shot. 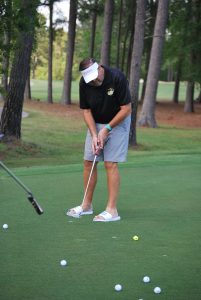 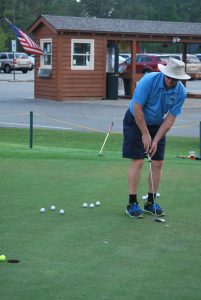 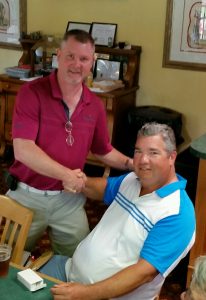 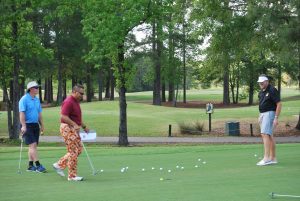 AJ Mendoza sets up the course.